Newspapers face the challenge of ensuring that their websites don’t cannibalize more lucrative print audience and revenue — even as more and more people get their news online. Then there’s the challenge of  shrinking editorial staffs having to put out both a print paper and a website. It’s enough to kept many newspapers from innovating online beyond a certain point in their markets.

But what if a newspaper company were to launch a website in a market where they didn’t publish a print newspaper?

That’s exactly what Gatehouse Media is doing in Batavia, NY.

Back in April, I visited GateHouse’s corporate headquarters in Fairport, NY and took a ride with Howard Owens and Ryan Sholin on a “secret mission” to Batavia, NY. They were scoping out office space for a website that GateHouse was about to launch, The Batavian.

Why was this a secret mission? Because GateHouse does not publish a print newspaper in Batavia, NY. And the family-owned incumbent newspaper, The Daily News, has no content on its website (the site is barely a brochure).

So the strategy is to launch an innovative news and community site that will eat the lunch of an incumbent newspaper that has ignored the web.

The Batavaian practices what Howard preaches — the site is anchored by a blog and has a full suite of community features (powered by Drupal), including blogs for registered users. The homepage features blog posts from community members.

Many of the posts have generated lively discussions in comments, such as this post by a reader about the local mall, which many residents would like to see torn down. The comments discussion features none other than the city council president.

The Bavatian set up an office on Main Street, and editor/lead blogger Philip Anselmo is in town everyday, connecting with the community. 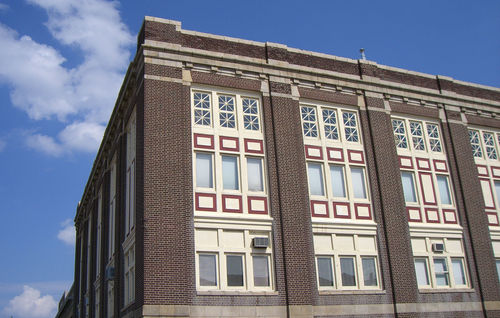 The Batavian is an experiment in whether a new web-native journalism can better serve a community. Here’s Howard on “Exploring the complexity of community issues as a community”

Digital communication allows all members of the public — the press, the politicians, the government agents and the citizens — to discuss choices, consequences and conditions as equals.  Reporters need no longer be bound by the limitations of print and present just the so-called objective report, but rather explore, examine, raise and answer questions, and start conversations.

We saw an example of this style of journalism played out last week in The Batavian.  Editor Philip Anselmo interviewed Councilman Bob Bialkowski.  Mr. Bialkowski said that one of the problems facing Batavia is declining neighborhoods.

He says that “entire neighborhoods are a problem — trash all over, abandoned cars in the back yard.” Head over to the southside of the city, to Jackson Street, over near Watson and Thorpe streets, State Street, and you’ll see what he’s talking about.

So, Philip took his advice, drove around those neighborhoods and didn’t find a lot of evidence of decline.  Philip, who is well traveled and has covered such small cities as Canandaigua, where there are some pretty sub par neighborhoods, did a follow up post saying he couldn’t find the decline.

This prompted a rejoinder post from Council President Charlie Mallow, who wrote:

There have been a few postings about the state of our neighborhoods and people’s opinions of the rate of decline. From someone new to the area or familiar with big city living, some missing paint and a little litter are not anything to be concerned about. People in big cities have had to live with falling property values, absentee landlords and drug activity for years. The obvious question is, why wouldn’t the people of Batavia point to the precursors of decline and pull together to keep the quality of life we have always enjoyed?

Notice a trend here? Same set of facts, different perceptions.  And if you follow the conversation in the comments as well as the related blog posts, a clearer picture emerges of the goals and aspiration of the City Council to clean up the city before things get too far gone.

Traditional, print journalism could never achieve this depth of coverage of a single issue.

In just the four months since its launch, The Batavian already has 5,000 unique visitors per month, out of 15,000 who live in Batavia and 60,000 live in Genesee County.

Here’s a radio commercial for TheBatavian.com

The plan is for Philip to jump start the site, and then hire a staff locally — The Batavian has already hired an experienced sports reporter from the region, who will start on Wednesday.  Here is some of The Batavian’s coverage of the Muckdogs.

It’s still too early to know whether the site will succeed as a business, but they’ve already started talking to local advertisers. And they are giving away classifieds for free to residents.

With no print operation — no paper, ink, presses or delivery trucks — The Batavian will obviously be able to operate with a much lower cost structure. The vast majority of operating expense will be staff.

The Batavian may is one of the most disruptive efforts I’ve seen coming from an incumbent in an industry where many still take a conservative approach despite rapidly deteriorating economic conditions. It’s a newspaper company thinking and acting like a startup — which is what every media company needs to do to survive the digital transition.

(Disclosure: Howard Owens is an advisor to Publish2.)