Ok, so shame on me for writing so much about the iPhone without actually having used it, but I fixed that today by spending a couple of hours in an Apple store playing with the iPhone. Granted this is much more limited than the experience of long-term use, but it was enough for me to get a pretty good feel for it. (I tried to compensate for the limited trial by asking the friendly Apple Store guy if roadblocks I hit were just my ignorance of a feature, which in some cases they were, but in other notable cases they weren’t.) 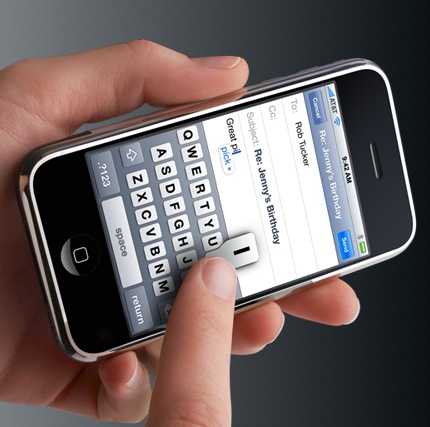 For those of you still wondering whether Publishing 2.0 has suddenly become a gadget blog, I can assure you there is method to this iPhone madness — there is not a publisher or media company who shouldn’t be tracking the iPhone closely. The iPhone is a window into the future of media. If you’re in media, and you haven’t at least played with an iPhone, it’s as mandatory as spending time with this interweb, series of pipes thing.

Ok, here are a few of my observations:

Oh, yeah, AT&T (at least in Tysons Corner, VA) is SLLLLOOOOWWW….zzzz….oh is that the web page I was loading? Still, once the page is loaded, it’s darn cool. (Ride ‘em hobby horse!)

That all said, there is more innovation in this one device than most companies can muster in a lifetime — I’m sure I won’t be able to resist buying a future generation that works out the kinks and is finally on an optimized network.

Why not writing a story is innovation