The Digg user revolt (see here if you haven’t heard the story) demonstrates the real problem with Digg — anonymous users are not accountable as individuals, so they have no qualms about breaking the law or forcing a company to break the law. This problem is above and beyond the inherent problem of Digg’s user base, i.e. largely adolescent boys (whether in age or temperament).

Here is an example of a profile of one of the many Digg user who posted the HD-DVD decryption code on Digg during the revolt: 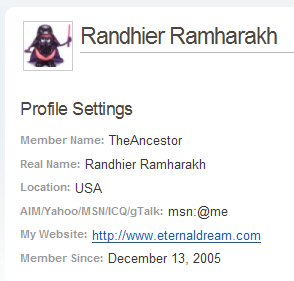 This user’s website has no information about his/her identity. Here’s another profile of a user who submitted the code, even more telling: 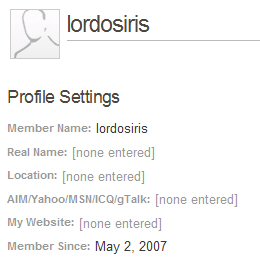 This account was created on May 2, 2007, solely for the purpose of submitting the code under a veil of anonymity. Digg has no requirements that users verify their identity — many users are known to have multiple accounts.

The problem of bad behavior of anonymous internet users dates back to flame wars on pre-web bulletin boards. But never before has a media company given complete control over its content to a group of anonymous users. Behind the protection of anonymity, Digg users didn’t have to think twice about the potential legal jeopardy around submitting the HD-DVD decryption code. They can act however they want, and Digg the company has to bear all of the accountability.

A society or community without individual accountability cannot function.

Influentials On The Web Are People With The Power To Link

Finding The Best Coverage Of The New Hampshire Primary Results: Digg vs. Google News vs. Memeorandum