I tried to visit TechCrunch.com this morning and instead ended up here: 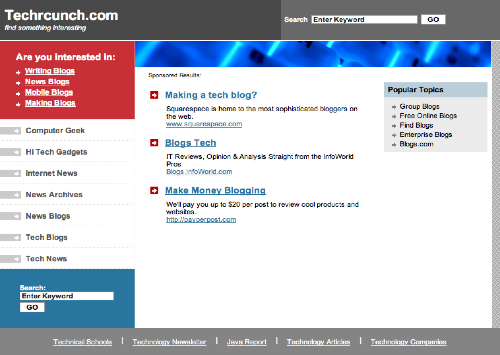 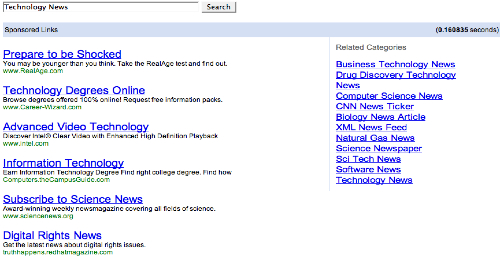 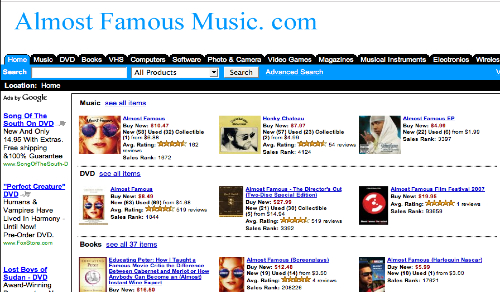 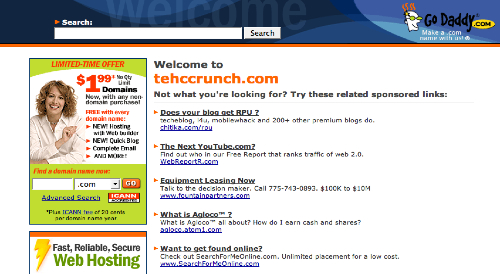 I’m sure TechCrunch isn’t missing much traffic from sites like these, since most TechCrunch readers are probably savvy enough to know that they have ended up on a domain typo site. But it reminds you that a lot of the money being made on the Web is through exploitation of human error, human foibles, human confusion, and human ignorance.